This map shows the beautiful area that I bike in on the Bay Trail. If you’re ever in the Bay Area you can get ahold of me on this site or on any of my social network accounts I’d be happy to show you around!

Some of the finest biking anywhere, come bike with me! If you are ever in this area you must visit the Bay Trail whether you’re biking, walking, roller skating or whatever it’s lovely and you’ll find your stress draining away.

Ride your bike 17 miles (one direction) through three cities along a continuous, mostly paved Bay Trail including towering Eucalyptus, beautiful flowers, and an elegant bicycle/pedestrian bridge to restored wetlands teeming with shorebirds. The city of San Francisco and the airport can be seen across the bay along with Mt. Diablo and many other famous landmarks. There are many parks along the way to stop and enjoy.

All you need is a bicycle and the road to good health opens up to you.

Put The Fun Between Your Legs!

Biking the Bay Trail from the San Mateo side of the San Francisco Bay is wonderful for I get to see San Francisco when I ride. I have now seen it in many seasons and all kinds of weather from the seat of my bike. I’ve also seen the city’s profile change with the new Salesforce Tower. I hope you enjoy the view.

They don’t call it “the city by the bay” for nothing. This is the view from Coyote Point, the city looks quite close from here. (This is before the Salesforce Tower was done.)

This is in Foster City near 3rd Avenue on the bridge. The land mass to the left is part of the Bay Trail in San Mateo.

Windsurfers Beach is this patch of beach used by the windsurfers when the wind is up. I like to watch these guys out on the bay and when they “get air.”

San Francisco is not always visible on rainy days sometimes it disappears completely. The tide is out making it look like SF is sitting in a giant mud flat. I ride in all weather.

SF in the background on a very windy hot day. You can almost see SF shimmering on the horizon.

At high tide, SF seems to be floating on the waves under the fog bank.

A close up of SF from Coyote Point which is a good place to view the city by the bay.

On a cloudy day at the beginning of my ride, the tide is out. See the bicycle in the foreground on the right? It’s been there forever and is a full bicycle someone left behind. Unfortunately, this area has its share of litter and dumping that can be seen when the tide is out.

SF is almost more interesting when the weather changes which can happen fast around the bay. The water has many looks and personalities.

Amongst spring flowers, SF looks like it’s next to the Coyote Point boat harbor from this view but it’s behind it across the bay.

They have put rocks like this around most of the bay. SF is in the background on a crisp day.

San Francisco can be seen from the San Mateo side of the Bay Trail all the way to the San Mateo Bridge. It’s wonderful to see it all kinds of weather and seasons I’m a lucky person to be able to bike here daily.

I recommend the Samsung Galaxy s7’s camera, with all of the modes included it’s one of the best cameras I’ve ever used which is saying a lot for a cell phone camera. I now use the S7’s camera for all my photography.

I hope you liked my photographs! Riding a bike is the best way to see and photograph the world in my opinion. Happy riding!

Everything is better on a bicycle seat!

Yesterday when I was on the return leg of my trip I saw something dark on the trail ahead. As I pulled up I saw it was a young seal! It was right in the middle of the trail and I saw a cyclist stopped nearby talking on his cell phone. He was calling the Marine Mammal Rescue Center in Sausalito so I pulled over to assist.

Seal in danger! Cyclist’s and even state vehicles pass through here.

I found out his name was Luke and he was talking to the rescue people. While I waited to find out what they said I dialed a few numbers. The Humane Society was not helpful at all telling me they “didn’t do marine mammals.” I found them cold and not willing to even give me a phone number that would help. In fact, everyone was passing the buck. It made me sad.

I carefully herded him into the grass on the side of the trail. Look at how much his coat shines in the sun.

Once in the grass, he looked at me and seemed curious. It was lucky he was young because full grown, these seals can be vicious even attacking people.

Luke was instructed to take a photo of the seal to send to the rescue center. He did so and was told they’d send someone out. Sausalito California is far away but they said they’d find a local volunteer.

Look at that face!

I called the same rescue center myself for good measure. They acted like they didn’t know about it even though Luke had called and sent a photo. They told us they’d send someone out. I had to be somewhere by 6pm so I had time to wait. Luke had to go back to work so I sat on a nearby bench watching.

Many people passed by not even seeing this little guy. A few people stopped and one guy was touching him. I asked him to stop telling him it was vicious and would bite him. I was just stretching the truth a little to make him leave the poor thing alone. He backed off. I can’t believe how ignorant and selfish people can be. You should never touch a wild animal unless you have to.

I figured out that he went up the walkway (see map) and ended up on the trail. These rocks are big and sharp he wouldn’t have made it over them otherwise. You can see the bench I sat on.

I was worried because 3rd street (in Foster City) is not far away. I have to hope the seal just went back the way it came after sunning itself. After waiting over an hour taking videos and photos no one came to even check it out and make sure it wasn’t sick. They may have shown up after I left but I don’t think so they just didn’t seem interested.

I think this seal was a little girl. Once she fell asleep she was unconcerned about the lack of care or the problems of the human world.

What looks clumsy on land makes seals acrobats in the water.

The seal checks me out as I check her out. You can see the city street behind us. In many areas, the Bay Trail is close to city streets and highways.

Begrudgingly I left to go home missing one of my afternoon appointments but what a story and experience.

It was an extremely windy day going home with gusts up to 26 miles an hour making whitecaps on the water. The windsurfers were out in force if you look closely you can see them “making air” with San Francisco in the background. I almost got blown off of my bike and had quite a workout!

Seals showing up in people’s yards and in city streets is just a part of the spring season when they have pups and seek out places to keep them safe not realizing these places are inhabited. There was a story on TV this week about a small California fur seal pup being found in a front yard in Fremont. This young seal is the same kind.

It was such a precious experience yesterday, one I could never have had without my bicycle. I’ve seen the sea lions that hang around Fisherman’s Wharf but never see the fur seals especially up close. I’ll never forget this day and hope the young, unnamed seal is swimming in the bay and happy.

My videos from my cell phone aren’t the best but I uploaded the seal videos I took to YouTube. Check them out on my channel.

Marine Mammal Rescue Center, 415-289-7325 (seal), you should be ashamed of yourselves! Telling us you would send someone out and then not following up. At the very least, you could have called me back to update the situation. There’s no excuse.

When the wind works against you get a sail. 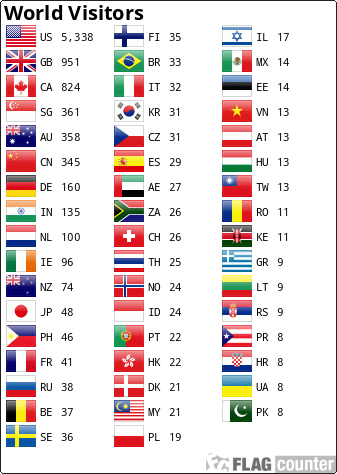